5 Tips to Free Up Space on Your Android

Februari 13, 2018 By daryl farahi
Currently, there is one application for everything. Despite the apparent practicality brought by these small programs, the excess may end up harming the performance of your mobile device. The math is simple: the less internal storage space your device has, the easier it will be to exhaust it.

If you need to free up space on your Android-powered smartphone or tablet, here are some tips that can help you. 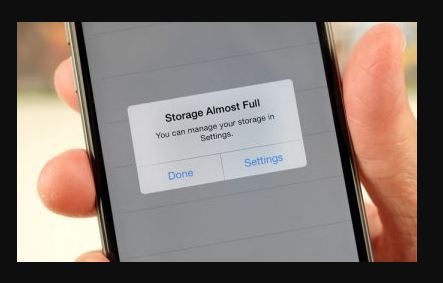 1. Find out what is taking up more space

Newer versions of Android have a tool that can show exactly what is overloading the device's storage space. To find it, simply go to the Settings menu and click on Storage. Here you can see how much space is being allocated to applications, photos, videos, audio files, download, cache data, among others.

By clicking on one of the displayed options, you can see more details. In the case of "Apps data and media content," you can see exactly what space each application installed on your device is using and delete it or just perform a cleanup. The "Downloads" option shows the entire list of downloads made on the device. Just click and hold for a few seconds the name of the file you want to remove so that the option appears on the screen.

When dealing with applications, keep in mind that in addition to the app itself, your data and the cache of all add-ons help increase the total space used by it. For example, if you have Spotify installed on your smartphone and the cache is full of songs for offline listening, the app may be using more than 1 GB of memory space on your device. You can choose to clear the Spotify cache to remove all of that content and resolve some of the problems.

Spotify is just one example, since all applications that cache cached data for offline use work the same way.

The above native Android tool is very useful for viewing the space used by different data types, but it does not show the exact amount of space used by specific files and folders. To get this view you need to use third-party applications, and a good tip is Disk Usage. The app is available for free in the Play Store and with it you can do a complete scan of the file system of your smartphone.

Disk Usage's visualization interface allows you to view all the directories of your device. To expand a directory and see all the files and folders contained in it, just select it and click "show". From here you can select the ones you want to delete.

You must be careful when choosing the files you want to delete, as some of them are essential for certain applications to work. Do not delete data that belongs to an app unless you're willing to lose that data. In most cases, apps data, such as Facebook, is synchronized in the cloud so you can download them again when needed - but it's better to be safe than sorry.

Many devices with Android system offer the option of expanding the memory with the help of a microSD card. If your device has such a slot, you may want to buy a good memory card and gain more storage space. By default, your applications and other operating system files cannot be saved to these cards, but you can use them to store music, videos, pictures, and other media files.

Once you've placed the card in your smartphone's slot, you just have to connect it to your computer and manually move your files to the card's folder - there are also file management applications that help with this task.

MicroSD cards are relatively inexpensive so you can take advantage of this tool to expand the memory of your smartphone without having to spend a lot of money on a new gadget.

4. Move applications to the memory card

Some Android devices allow you to move applications to the microSD card to free up space in the internal memory. Google chose not to use this feature on more modern versions of Android because of performance, stability, and security issues. This feature was removed from the 4.4 KitKat version of the operating system.

If you want to test to find out if your gadget still has this option, simply open the Settings screen, click on Apps, select an application and check if an option called "Move to SD card" appears on the screen. If this option does not appear among the others, the device does not support this feature or you do not have an SD card installed in the device.

Native applications cannot be moved to external storage locations, such as a microSD. The same can happen with applications that need to run in the background.

In selfie times, people are in the habit of taking (and saving) thousands of photos on their mobile devices. However, these files can take up a lot of space on your device. A simple idea is to store them in the cloud. There are several services that can automate this process, such as Google Photos, Dropbox, Microsoft OneDrive, Flickr, among others.

Google's "Photos" can be very effective for anyone who uses Android, since it is integrated with the Photos application of devices with Google's operating system. In addition, it offers unlimited photo storage and can be accessed through the applications or on any computer with Internet access.

If you choose to use Google's Photos app, simply remove photo copies stored on your device when you sync them with the cloud, thus freeing up a few gigabytes of space. But you can also opt for a more traditional way and simply copy the photos to your computer with the help of a USB cable.

The same trick can be applied to other file types, such as your music, for example. You can upload a large collection to a service like Google Play Music and stream it back to your device via an Internet connection, avoiding the space available in the gadget's internal memory.