Februari 23, 2018 By daryl farahi
How To Fix Nexus 6p Bootloop Very Easy - Hi guys, I have an 18 months old Nexus 6p, and lately it went to a bootloop. You should not worry, there is a solution to fix this problem and if you follow all the steps here – you will get your Nexus 6p running, and it is not going back to bootloop again. Yeah....

First of all, what is bootloop? Your phone turns off itself, then your smartphone restarts, then you see this Google logo 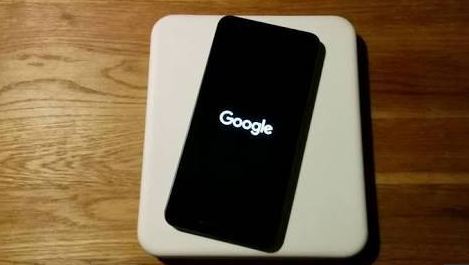 It stays like this for several seconds, then goes black screen

Stays like this for a while and then Google logo again and keeps repeating, its crazy....


Now I am not going to show you the easy way to fix Nexus 6p bootloop, but the correct way, the idea that gets rid of bootloop for good! Ready? okay look this tutorial

First, you must have ADB (Android Debug Bridge) installed on your computer. If not – check this tutorial. Once done – to verify successful ADB installation – run adb in the terminal. Also, run fastboot command to test it as well. If they print some output rather than saying “command not found” – you are good to go to the next step

While your 6p is in bootloop – press power and volume down buttons for as long as it takes it to get to this screen, it is called bootloader
Now, connect your phone to computer via USB cable and ready to run fastboot flashing unlock.
Now check it what result says. If it means that your device unlocked successfully – skip the next step. If it says no devices found – reconnect your phone and run again, but if it says that OEM unlock not allowed – go to the next step

Now you’ll have to launch Android to allow OEM unlocking. You can do it by heating up your phone. Leave it in bootloop and put a working fan side of it for 15-20 minutes, as much as it takes to launch your Android, it's easy...
It will begin eventually and when it starts – immediately open Settings. If you don’t have Developer options section at the bottom – open About phone and tap like 20 times on Build number until it says you’re a developer now (it will unlock Developer options for you)
Now go to Developer options and enable


Nope, it going to work for just several hours. Heating it up several disabled cores which allowed 6p to launch. Once it enables them back again – it will go to bootloop again, right while it is typically functioning

Restart your phone, press power, and volume down buttons to go to bootloader screen and next follow the directions from Step 2 to unlock flashing, Ready?

The patch that we are going to install to fix your 6p is made for a particular build. I tried installing it on Oreo, Marshmallow, it didn’t work. We will need to get specific Nougat version. But first, let’s check your version.

In bootloader with volume down button navigate to Recovery Mode and press power button to select it. Wait until you see an Android guy, then while holding power button click volume up button once and release all buttons.

Refer to this short clip

What you must to look at is the third line from the top. If it starts with 7.1.2/N2G48B, then you can skip next step. Oppositely – go to the next step guys

First, go to this site, click Nexus 6p at right and look for N2G48B. Visit on link to download file

Return back to the bootloader on your smartphone, connect it to USB to your computer. When download is done – open terminal, navigate to downloaded directory and if you’re on Mac – run this command sh flash-all.sh

On Windows, I believe you can just double click on flash-all.bat from Window Explorer. It's straightforward...

And wait till it installs this Nougat version on your phone and then restarts it.

OK, it’s the final step. Download N2G48B_4Cores.img. Note, that it has specific Android build version in it. That’s how I figured what factory image I needed to make it work correctly

Go to the bootloader on your smartphone, connect it to a computer via USB. In terminal navigate to the folder where you downloaded .img file and run this command fastboot flash boot N2G48B_4Cores.img

After it is done – you will finally see Google circles joggling, and your Android will start!

So what we mostly did is disabled 4 out of 8 cores. It gets rid of bootloop but makes your 6p extremely slow. I continuously have launcher hanging, camera app hanging after taking picture up to the point where images are not saved, and you lose them. Google Maps load slow, even browser is slow

So it’s like a cheap Samsung phone from 2013-2014 in performance, at least it works, and you still have a beautiful display and a camera

P.S. I saw people who can’t even open a Recovery Mode, this probably means your phone is dead for right/needs hardware repair

P.P.S. There’s an Oreo patch available nowhere, I have not tried it myself and not sure for which versions of Oreo it would work. If you attempt to try it – there’s no need to going through Steps 4 and 5 then.  And in Step 6 use the file mentioned above instead. If this patch did work for you – feel free to leave a comment with a version of Oreo you had

So here is an update about my Nexus 6p. I went through all those steps, the phone got extremely slow and unusable. So after a week I installed a custom kernel and overclocked CPU to max frequency (this step in not included here, only in YouTube video)

Just after few hours, it went into bootloop and this time for good. I could open bootloader, but not Recovery Mode and run through all the steps again didn’t help

As there was no another way but to give it to actual experts and let them do a hardware level repair. My phone was 18 months old, so free 1-year repair from my store was expired, luckily there was a 3 years warranty for cases like this.

I gave it to them and good job! One month later got it back working and running like before. Everything was reset to the way it was when I bought it – Marshmallow, 2015 kernel with all 8 cores running. And it was free of charge

That’s it, whew! My 6p is back, hope this time it will last for longer than 18 months.

Ok, hope it helped you to fix your Nexus 6p bootloop! Also, my website is about Android development if you are one – definitely check out the stuff I have here.
Next article Next Post
Previous article Previous Post