Februari 13, 2018 By daryl farahi
Xiaomi is organizing a major launch event for Redmi Note 5 and Redmi Note 5 Pro in India on Wednesday, but someone decided to anticipate the party and leak all specifications of the Chinese manufacturer's smartphones on Tuesday, 13.

In two banners that appear to have been produced by Xiaomi, the OnPhones portal shows that the Redmi Note 5 is actually a kind of retread version of the Redmi 5 Plus. The big difference here is that the new smartphone comes with a Full HD + 6-inch screen. Other than that, everything continues the same way. 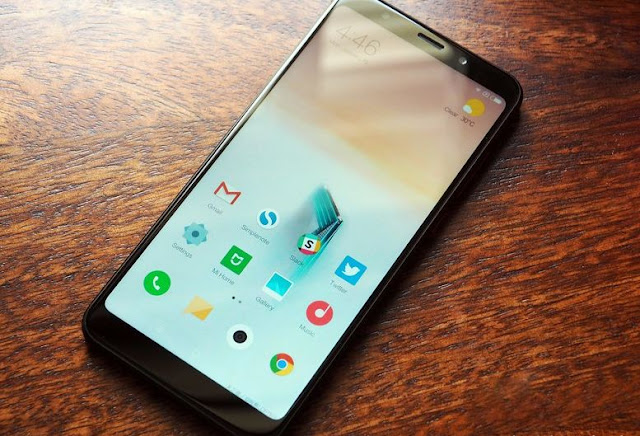 Inside the housing are a SoC Qualcomm Snapdragon 625, 3 GB options and 4 GB of RAM, 32 GB or 64 GB of storage. In the camera department, the Chinese smartphone comes equipped with a pair of 12-megapixel and 12-megapixel lenses on the back, while in the front the sensor is 5 megapixels.
If on the one hand Redmi Note 5 brings almost no news, on the other Redmi Note 5 Pro surprises. The handset comes equipped with a Qualcomm Snapdragon 636 eight-core SoC running at 1.8 GHz, Adreno 509 GPU, 3 GB, 4 GB or 6 GB of RAM and 32 GB or 64 GB of internal storage. The photos are due to a dual camera system on the back. The main objective has aperture f / 2.2 and sensor of 12 megapixels, while the secondary one has maximum aperture f / 2.0 and sensor of 5 megapixels. On the front, a Sony IMX376 sensor guarantees photos with up to 20 megapixels of resolution.

Apart from these differences, Xiaomi's new smartphones share some specifications with each other. The battery, for example, has the same capacity in both models: 4,000 mAh. The two also come with fingerprint sensor installed on the back. Finally, the handsets will be available in four different color options: champagne gold, rosé gold, blue and black.

Despite the gigantic leak, it is not yet known how much Redmi Note 5 and Redmi Note 5 Pro will cost. It is also not known about the availability of the device in other territories beyond India, something that should be revealed in the event scheduled for tomorrow.
Next article Next Post
Previous article Previous Post