14 Differences between the LG G6 and the Galaxy S8

Maret 16, 2018 By daryl farahi
The arrival of the LG G6 made many people have doubts about the Galaxy S8, which until then was the most wanted Android smartphone in the mobile market. Considering that the two devices are extremely similar in several ways, it is quite easy to understand that this has happened. Still, it's always good to know what the biggest differences are between them to determine where each stands out. To see this in more detail, just see our list below! 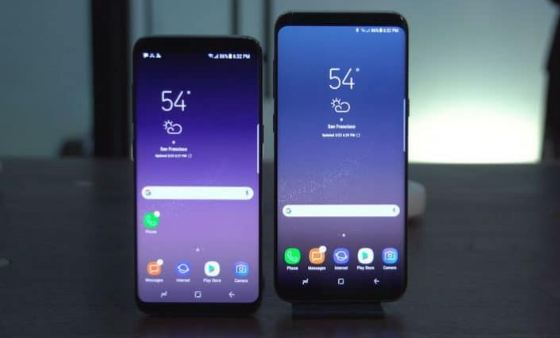 As we can see, the difference between the two smartphones is quite small, with LG being a bit wider and thinner than the S8, but nothing so noticeable on the day.

Most modern smartphones end up with more than one version, mainly to please a larger number of consumers around the world. In the case of the Galaxy, we have the S8 common and the S8 +, which has a larger screen and more battery.

LG does not usually launch more models, preferring to focus on the main device. This way, there is only the normal LG G6 for purchase currently.

In this respect, there is a lot of care on the part of both LG and Samsung, because the two companies offer very similar results in their handsets. The Galaxy S8 features a 5.8-inch AMOLED display with Quad HD resolution, which is 1440 x 2960 pixels

The LG G6 has an IPS screen of 5.7 and a resolution of 1440 x 2880 pixels, which is not so different from its competitor in practice because the display size is also a bit smaller.

As always, the battery of smartphones also deserves a great highlight, even for being one of the most important components of your smartphone. Unfortunately, there is much advancement in what is presented by LG and Samsung.

The Galaxy S8 has a battery with 3000 mAh capacity, while the LG G6 offers something only slightly better with 3300 mAh. The good news is that at least both can last for most of the day with moderate use.

Because they are two very recent smartphones and with Android as an operating system, there is no way to make such a difference in this respect. Both the S8 and LG G6 have the latest version of Android Nougat installed factory.

The good thing is that because they are very popular and powerful smartphones, they are sure that they have received frequent updates and will probably be some of the first to have access to Android 8.

It is clear that the cameras of the S8 and LG G6 are one of the subjects most discussed by consumers in doubt between the two devices. But until there is not so much noticeable difference in the most everyday use of these cameras.

In fact, you can check it yourself by comparing the two devices through this link. With the tests done, you can see that each one stands out minimally more than the other in certain situations, but nothing very remarkable.

With files, documents, pictures, photos, and apps getting heavier and heavier, it's extremely necessary to ensure that your smartphone has enough storage to store everything you want.

We already know very well that Samsung and LG take their premium smartphones very seriously, even because their respective consumers have high expectations about it. Fortunately, in terms of performance, neither of them disappoints. The LG G6 features a Quad-Core Snapdragon 821 processor, Adreno 530 GPU and 4 GB of RAM.

The Galaxy S8 features an 835 octa-core Snapdragon processor, Adreno 540 GPU and 4GB of RAM. In theory, the S8 is far superior, but more practical comparisons can prove if this really makes a difference in day-to-day use.

The look of a smartphone is always the personal taste of each consumer, but you can say that the two companies have done a great job with their latest handsets.

The Galaxy S8 and LG G6 are the latest results of a number of improvements and adjustments made to their predecessors, so it's easy to see why they look so refined. Still, not to mention how much Samsung has mastered the S8, which is already being considered one of the most beautiful mobile devices on the market.

It is also good to remember that of the colors made available for each device, after all, this is also an important factor and is a way to choose the model that suits you the most.

The Galaxy S8 is being sold in the colors black, silver, blue, gray (with shades of purple) and gold. The LG G6 does not have as much variety and is sold in white, black and platinum. Still, it is always possible that Samsung or LG decide to release other colors in the future.

It goes without saying that the S8 or LG G6 would survive well to a sharper drop, but at least there are some interesting resistances in the two devices. They have resistance to dust and water and have screens that can absorb most surface scratches.

Since we speak of the physical durability, it is worth saying something about the general safety of the two devices. Fortunately, the Galaxy S8 and LG G6 have some very good mechanisms to keep your data and files protected, including sophisticated systems for unlocking your devices, such as iris reader, fingerprint sensor, facial recognition, etc.

As you might expect from such popular smartphones, even launched just recently, they are now available for purchase in most parts of the world. Fortunately, this also includes Brazil.

Since we are talking about availability and purchases, it is worth mentioning how much each of these smartphones is costing. Of course, we have to remember that they are premium handsets, so they really end up being more expensive.