Maret 16, 2018 By daryl farahi
One of the main and most common problems of the Gear VR is when the screen begins to tilt to some extent, even if it does not make any movement with the head. This is not an issue when you are playing or doing some activity that requires more head movement, but it can be especially annoying when watching a movie or TV show. So we set up a tutorial with some methods to avoid or solve the problem in Gear VR that causes the screen to turn sideways. 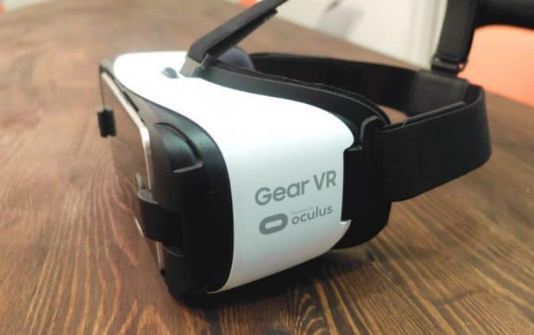 There is a range of equipment that can be used in conjunction with the virtual reality glasses, but they can cause this strange movement. Because of this, the ideal is to desynchronize them and make sure the screen continues to slide sideways. If this solves the problem, you can synchronize a device and retake the test until you find which one is causing the problem in Gear VR.

2. Check the battery level of your smartphone

The problem with Gear VR that causes the screen to slide can be caused by the battery of the smartphone on which it uses the applications. So when you notice that the screen is starting to slide, pause the session and check the battery level of your device. If it's around 15%, it's a good option to sign out and put your smartphone to charge before using the device again.

If both of the above options do not proceed to resolve the slip, you will need to reorient your Gear VR screen. To do this, simply double-tap the Back button of the device to open the menu of your Gear VR. Then just choose the Reorient Screen option to get it fixed. This repair is not ideal and will not necessarily be permanent, but will allow you to see if it is necessary to take your accessory to a service center.

Are you having the same problem with Gear VR?
Although it looks small, sliding the screen without the corresponding command can greatly disrupt the use of some functions of Samsung's virtual reality glasses. Did you ever come up against this problem? Did you solve any of the methods described? Leave a Reply
Next article Next Post
Previous article Previous Post