The 10 Best Features of Galaxy S8

Maret 16, 2018 By daryl farahi
Among so many smartphone launches this year, the Galaxy S8 is one of the most outstanding. Samsung's device has been able to refine a design that was already enhanced for years, in addition to combining a powerful configuration with useful and efficient features for its consumers. For some of the more special features of the Galaxy S8, you can check out our detailed list just below! 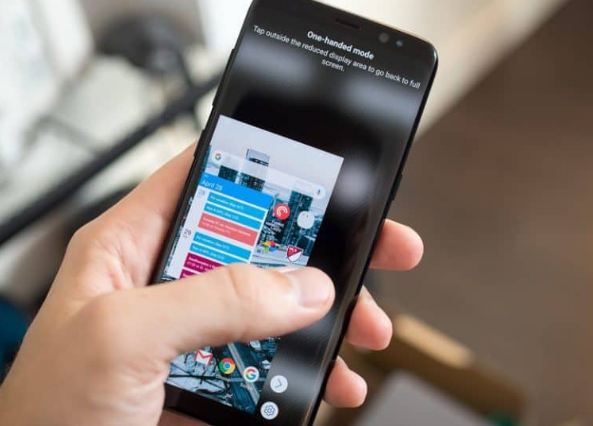 There is no better way to start talking about the features of the Galaxy S8 than by mentioning the "infinite screen" of the smartphone. The display was nicknamed by Samsung itself because it occupies virtually the entire front of the device, which also eliminates almost all its edges.

In this case, the Super AMOLED screen of 5.8 inches (6.2 inches in the Plus model) has Quad HD + resolution, that is 2960 x 1440 pixels. Considering its unusual proportions, many apps and games are still adapting to fully fill it.

The design of the Galaxy S8 is more like an improvement of previous models, managing to bring the best elements we have seen in the past. Its glass back brings a more premium feel to the device and the removal of the physical buttons on the front just leaves the smartphone more elegant and beautiful.

Another very interesting fact is that Samsung decided to include the curved screen in the corners in this model, instead of continuing to do so only with the Galaxy Edge line.

In terms of performance, there is also no complaint with the Galaxy S8. It has a Snapdragon 835 processor, the latest chip from Qualcomm and that is only present on some smartphones so far.

In addition, the device has 4 GB of RAM, something that guarantees a smooth experience even with heavy apps and when performing multiple tasks at the same time.

Despite having only 64GB of internal space for sale, the Galaxy S8 has the advantage of having a microSD card slot for anyone who wants to expand the storage. Its maximum capacity is 2 TB, a size that has not even been available on microSD cards, so you can imagine that you will not have problems storing your photos and videos in 4K, for example.

The battery of the Galaxy S8 has a capacity of 3,000 mAh (3,500 mAh in the model Plus), something that could be considered bad since it is not very different from the previous model. Fortunately, Samsung has been able to optimize the way the battery works with the features present in the device to maximize the use of the load.

Another good news is that we have good battery saving features in Android Nougat, like the Doze. This ensures that more than 50% of the load is saved when the unit is not in use.

Unlike many people believed, the Galaxy S8 was not launched with a dual camera on the back. In fact, Samsung preferred to keep the S7 settings on the main camera, which features 12 megapixels. Fortunately, it has received improvements and is also capable of recording videos in 4K.

The front camera now has 8 megapixels and is capable of recording videos in Full HD, which is already a good evolution considering the 5 megapixels of its predecessor.

At first glance, the Galaxy S8 may look quite fragile, but Samsung has managed to make the device quite resilient in many ways. In several tests, the screen did not show much damage even after the device was thrown on the ground at very high altitudes. With Gorilla Glass technology in its glass, this was to be expected.

In addition, the smartphone counts the IP68 certification, which ensures that the S8 can stay underwater for up to 30 minutes without suffering major damage.

Apple caused some confusion by announcing that its iPhone 7 would not have an entry for common headphones, and an adapter (included in the box) is required for this. Contrary to popular belief, Samsung did not follow the same path and still took the opportunity to include high-quality AKG headphones with its new smartphone.

There are many virtual assistants out there, including Siri for iOS and Google Assistant for Android, but Samsung still wanted to try to create their own assistant for the Galaxy S8.

In this way, we were introduced to Bixby, an assistant who promises to be as efficient as his competitors. Of course, its features are still being developed and tested, but you can already see that it is more user-friendly and can perform interesting tasks with its augmented reality technology, for example.

Of course I could not fail to mention the fact that the smartphone already comes with the latest version of Android Nougat installed factory. With this, you have the best features developed by Google, even if Samsung still apply some changes to the final layout of the system.

Another positive point is that the Galaxy S8 should be one of the first smartphones to receive the future Android O, followed only by the models of the Google Pixel line.
Next article Next Post
Previous article Previous Post